The 2019 Assembly took place on 5th October at the Scottish Parliament.

Read the Report from the 2019 Assembly.

Films of the opening speeches and MSP Panel are available on the Scottish Parliament TV channel.

Read the reports from our previous Assemblies below:

The 2018 Assembly took place on Monday 23 April 2018 at the Scottish Parliament.

SOPA Annual Report 2017/18 which includes a review of the Assembly. 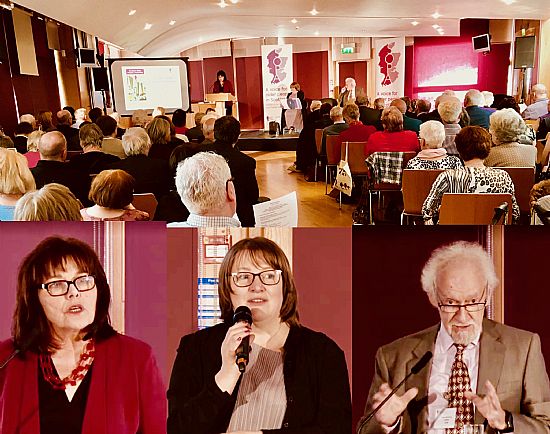 The 2016 Assembly took place on the 25th November in the Debating Chamber of the Scottish Parliament.

View the Programme for the 2016 Assembly. 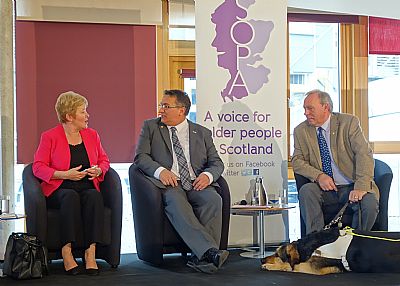 Tom Berney and Val Bissland were interviewed briefly on the Kaye Adams Programme on BBC Radio Scotland before the Assembly. They highlighted the role of older people in creating a fairer society. Click here to listen.

SOPA 2014 Report Read about the year's activities and the Action points from the 2014 Assembly.

Watch the 2 minute clip on STV News: Committee members Donald Macleod, Betty Milton and Tim Puntis state what they believe to be important and SOPA chair Tom Berney talks about the recurring themes that have arisen in dialogue with older people around the country and his hopes for the Assembly.

Read the Scotsman Article on the Assembly. Shona Robison has vowed to fight for fairness for senior citizens. "In seeking to harness empower older people, we must do all we can to ensure their rights are fully protected, respected and realised."

Read the Sunday Post article on the Mentoring project involving older adults. Tom Berney said: “It is vital that children throughout Scotland get this chance to benefit from older people’s skills and experience. It needs to be available to all pupils.

Read the action plan that emerged from the six workshops

Watch the feedback presented in the Debating Chamber of the Scottish Parliament from the Assembly workshops (Edited - 6 minutes approx.)