The Scottish Older People’s Assembly (SOPA) was delighted to be invited by Unforgotten Forces, to hold a joint engagement event for older veterans in Bathgate on 13th June. The aim of the event was to provide an opportunity for older veterans to be able to share their views on what is important to them. 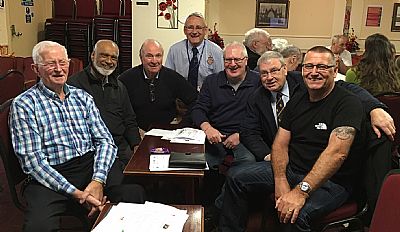 Read the full report of the event.

There was a great turnout on the day, with 44 attendees, including around 34 older veterans along with spouses, SOPA members and others working in the veterans’ field. Following a welcome by Diana Findlay, Chair of SOPA, the programme moved on to an informative presentation from Glen MacDonald, Co-ordinator of Unforgotten Forces.

This film was recorded at the event held with Unforgotten Forces in June 2019, and tells you more about the work of SOPA.