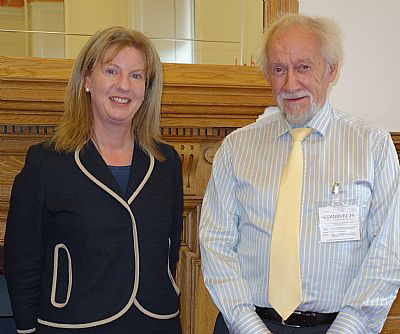 The Cabinet Minister for Pensions attended the SOPA Committee meeting on 21 August for one hour to hear about concerns around pension reforms.

Welcoming her visit, Tom said: "There is a whole range of issues on pensions and many have been voiced at our meetings around Scotland by lots of people. Variations in life expectancy in different parts of the country, the proposed increase in the age to be eligible for a state pension and comparisons with other countries are just some of those concerns."

Ms Robison paid tribute to the work of SOPA and its contribution to policy planning and the interests of older people. Once the Referendum result is known she will return in October or November to pick up on other issues.

Whatever the result, SOPA aims to ensure that the issues people have brought forward in the seminars around Scotland are taken on board by the Government.