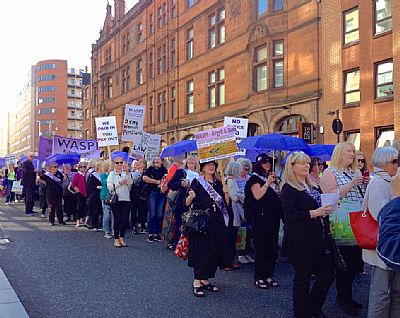 Today was the WASPI (Woman Against State Pension Inequality) National Day of Action - #WASPI. The Glasgow group was joined by other local groups and marched along Ingram Street to George Square to raise awareness of the disadvantage women  face with the new pension legislation. In Scotland almost a quarter of a million women are affected by the age change from 60 to 66. WASPI local groups are part of the UK national campaign fighting for women who will not received their state pension because they were born on or after April 6, 1951. It was set up in response to UK legislation accelerating the timetable for pension change by two years. WASPI agrees with equalisation, but does not agree with the unfair way the changes are being implemented – with little/no personal notice (1995/2011 Pension Acts), faster than promised (2011 Pension Act), and with no time to make alternative plans. At worst, women born after 5 April 1953 will have a double whammy, since the increase in their state pension age means that, not only is their own entitlement to state pension delayed, but they lose any entitlement to a pension based on their spouse or civil partner’s NI history. Read latest article in the Financial Adviser.

From film footage of the voices of older people recorded by Age Scotland in 2013 the Scottish Older People's Assembly, made 4 short films including one called Money Matters in which the looming pension problems for women were highlighted. This was shown at the SOPA Assembly 2013. 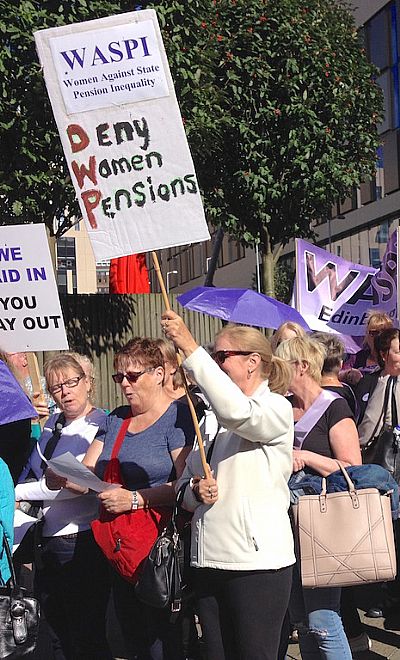