An article in The National 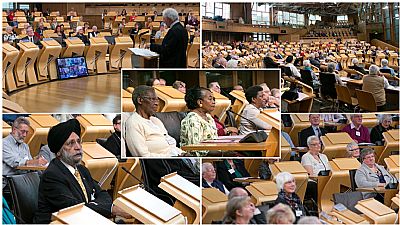 The key topics for debate reflect the issues raised during SOPA’s 16 meetings this year from Dumfries to Orkney including the improved quality of life for older people in a home and at home through community links and the negative impact of major changes to the state pension.