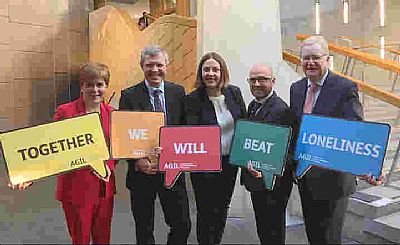 Former SOPA Chair, Tom Berney, spoke at the recent Holyrood Conference on the Scottish Government’s proposed strategy on Loneliness and Isolation.  He welcomed the initiative as loneliness had a detrimental effect on the health and life expectancy of many older people. However, while he understood the strategy's emphasis on community support he referred to German research which had revealed a clear correlation between low incomes and loneliness, for example, the British state pension left many older people in poverty inhibiting their ability to take part in many social activities. He felt that eliminating poverty had to be a key objective in the strategy.  The Conference Agenda is here and Tom's Powerpoint is here