In response to the question about a Pensioners' Parliament Shona Robison, Cabinet Secretary for the Commonwealth Games, Sport, Equality and Pensioners' Rights, responded that currently there were no proposals to establish such a body. Instead the Goverment was supporting the Scottish Older People's Assembly. She stated: 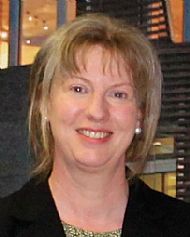 'It is important to note that SOPA has done a lot to reach out to older people throughout Scotland. It is made up from older people’s groups across the country and also has representation from across the various equality communities. It is a good organisation, which represents older people and gives them a voice. I was happy to meet it last month when we had a constructive discussion on a number of issues.’

Click here to read the questions and full responses by Cabinet Ministers relating to the above topics.

See link below for official report of the full day's proceedings in the Scottish Parliament on 23 May.