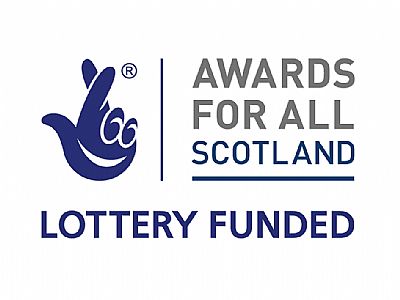 It's official ... the Scottish Older People's Assembly has received £10,000 from the Big Lottery’s 'Awards for All'.

This year – for the very first time – the SOPA campaign trail toured Scotland from Dumfries right up to Shetland to listen to the views of older people and ask them the BIG question: “If you had the chance to speak at the Scottish Older People's Assembly in the Scottish Parliament, what one action would you request to benefit older people in Scotland?”

The Big Lottery £10,000 will be spent running more of these events after the Assembly to update older people (who were not able to be there or watch online) on how their issues and views were received – as well as the actions agreed to achieve the improvements they suggested.

Tom Berney, SOPA chair said: "We’re absolutely delighted with the award from the Big Lottery. Meeting people face to face in their own community has been so rewarding and fruitful. The issues raised have been wide ranging and so relevant to our aim of improving the quality of life for the increasing numbers of older people and those that will become older in the future.

“It is important that communities and politicians recognize the ‘longevity dividend’ – the asset which older people bring to society and the contribution they make to the economy. That is why Shona Robison, the Minister for Pensioners Rights, has asked us to discuss and comment on future policies,” he added. “The voice and experience of older people is already contributing to policy making and we now have the chance to influence its implementation.”

Ms Robinson attended the last committee meeting of SOPA in Edinburgh and will give a key note speech at the Assembly on 31 October.